At VMAR we receive between 60 to 80 vehicle fire origin and cause assignments a year, with better than 90% determined to have resulted from improper service/repair work.

Until this year, we had never really noticed a pattern or an unusual skewing in the number of fires in any one particular make or model vehicle. In the last six months, though, we have investigated an unusually high number of Ford vehicle fires (F-150s, F-350s, Expeditions). 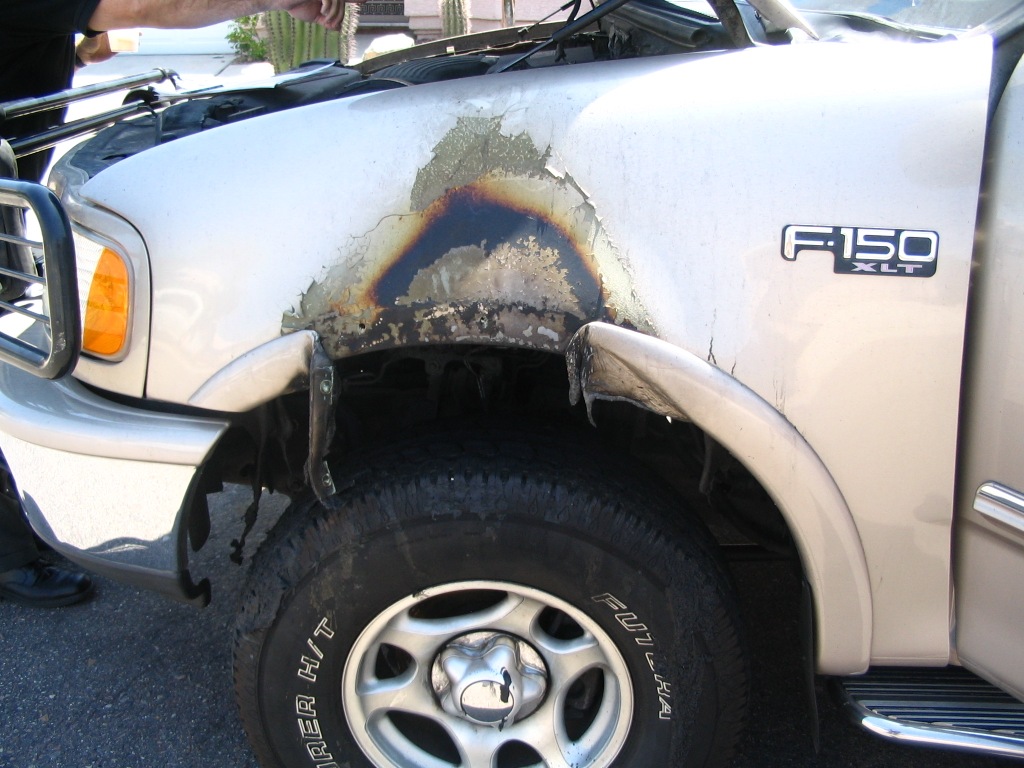 We have found that there appears to be either a design defect or a component defect (or both) in the circuitry for the cruise control unit that is causing either the speed control deactivation switch (SCDS) -- mounted on the side of the brake master cylinder -- or the mass airflow sensor (MAF) -- mounted inside the fresh air intake shroud -- to catch fire while the vehicles are parked and the engine is off. Ford voluntarily recalled some F-150 vehicles this year because of the defect (recall #05V-017), and a combined NHTSA/Ford team is actively investigating the cause of these fires (NHTSA investigation #EA05005).

Case In Point 1: In July '05 a 2001 Ford F-150 caught fire while parked at the insured's place of work. The fire spread to adjacent vehicles and the office building as well. Our investigation ruled out all possible causes with the exception of the vehicle's MAF.

Case In Point 2: In July '05 a 1997 Ford F-150 caught fire while parked in the insured's driveway. Our investigation ruled out all possible causes with the exception of the vehicle's SCDS unit.