HOW DID THEY STEAL THAT CAR?

Vehicle thefts cost the Insurance industry (and those of us who pay for auto insurance) literally billions of dollars a year. With so many expensive vehicles disappearing, auto manufacturers have been under considerable pressure to design theft-proof vehicles.

Their solution . . . transponder-based ignition systems that require a properly cut and programmed key. These systems are supposedly fool-proof, but the cars equipped with them continue to disappear. Sometimes, though, they reappear vandalized or burned, and we are asked to determine . . .(see question at top of page)! 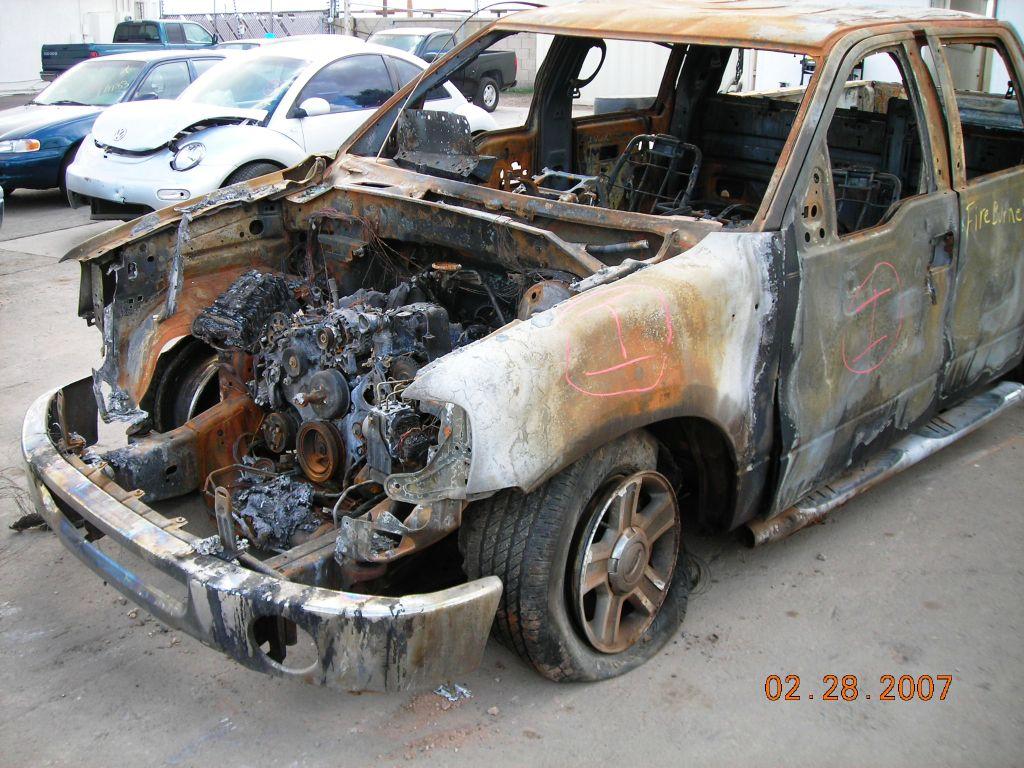 Recently, we examined a 2006 Ford F150 that was reported stolen and was recovered burned. We sifted the floorboard debris, located the remains of the ignition lock mechanism, and found no evidence of any damage -- no scratches, pick marks, or indication of force -- and the remains were found under the steering column where they would be expected to fall if in place when the fire started. This ignition had clearly not been tampered with.

In closely examining the owner's ignition keys (which were provided to us by the insurance company) we first verified that they were the original keys provided from the manufacturer. Next, we noted that one of the keys had unique marks in the metal surface -- the same marks that would be made by a vice-grip in a key duplicating machine -- indicating it likely was used to make a duplicate key.

Aha, you say . . . the thief simply made a duplicate, then stole the car! Likely? Yes . . . but there's a catch. The transponder-based system in this vehicle requires that an ignition key be cut and programmed properly. Making the physical duplicate is only the first step. To properly program the key, you need three ingredients -- both original keys and the vehicle -- all together. Logistically, this means that the vehicle owner has to be involved in the creation of a duplicate key. 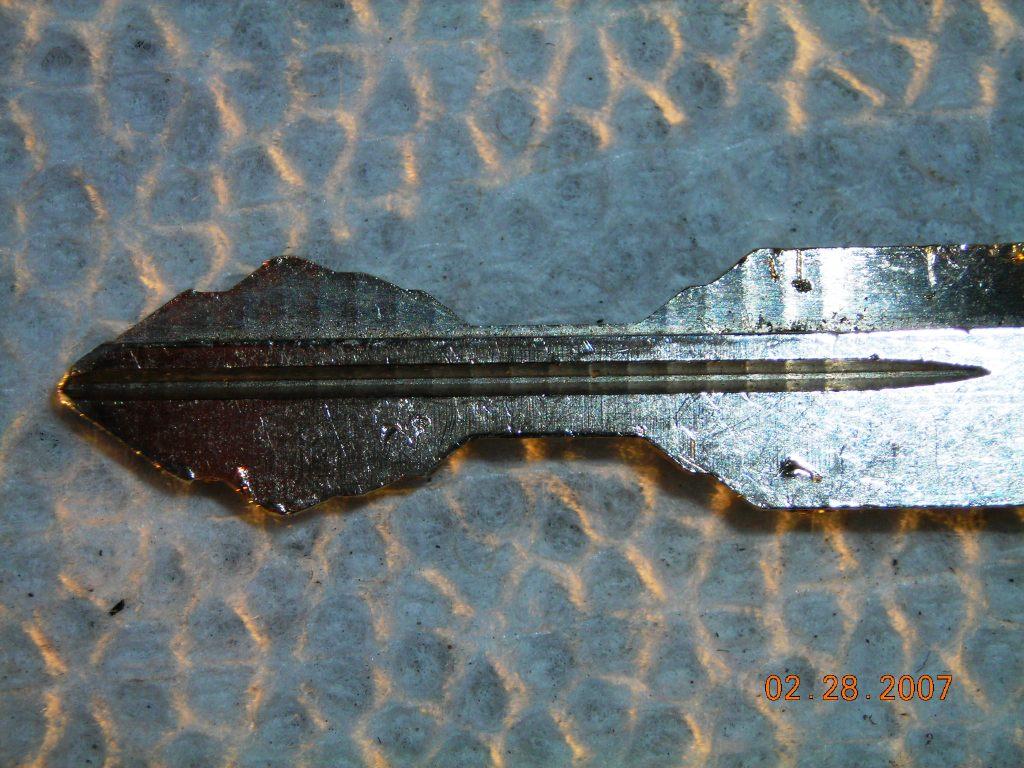