Case in Point 1: The driver of a 2011 Toyota Camry claimed her vehicle was rear-ended while stopped at a red light by another vehicle that quickly backed up and sped away, resulting in serious vehicle damages and personal injuries. Although the vehicle was quickly repaired and sold, we located it and, using a CDR unit, imaged the data stored in the airbag control module. We found that the vehicle had sustained a significant rear impact, with a maximum delta-V of 16.5 mph. However, the vehicle was traveling at a speed of 9.9 mph, the vehicle was accelerating, and the gear selector switch was in REVERSE when the collision occurred. That's a lot different than "sitting still at a red light"!

Case in Point 2: The driver of a 2010 Toyota Camry claimed that she was merging into traffic while exiting a car wash when she swung too wide and collided with a 2012 Mercedes S500 sedan, resulting in serious damages and personal injuries. Using a CDR unit we imaged the airbag control module data and found that the vehicle speed for the five seconds immediately prior to the collision was zero, the engine was idling at 400 rpm, and the driver's foot was on the brake the whole time!

How do you spell "busted"? Well how about Crash Data Retrieval! 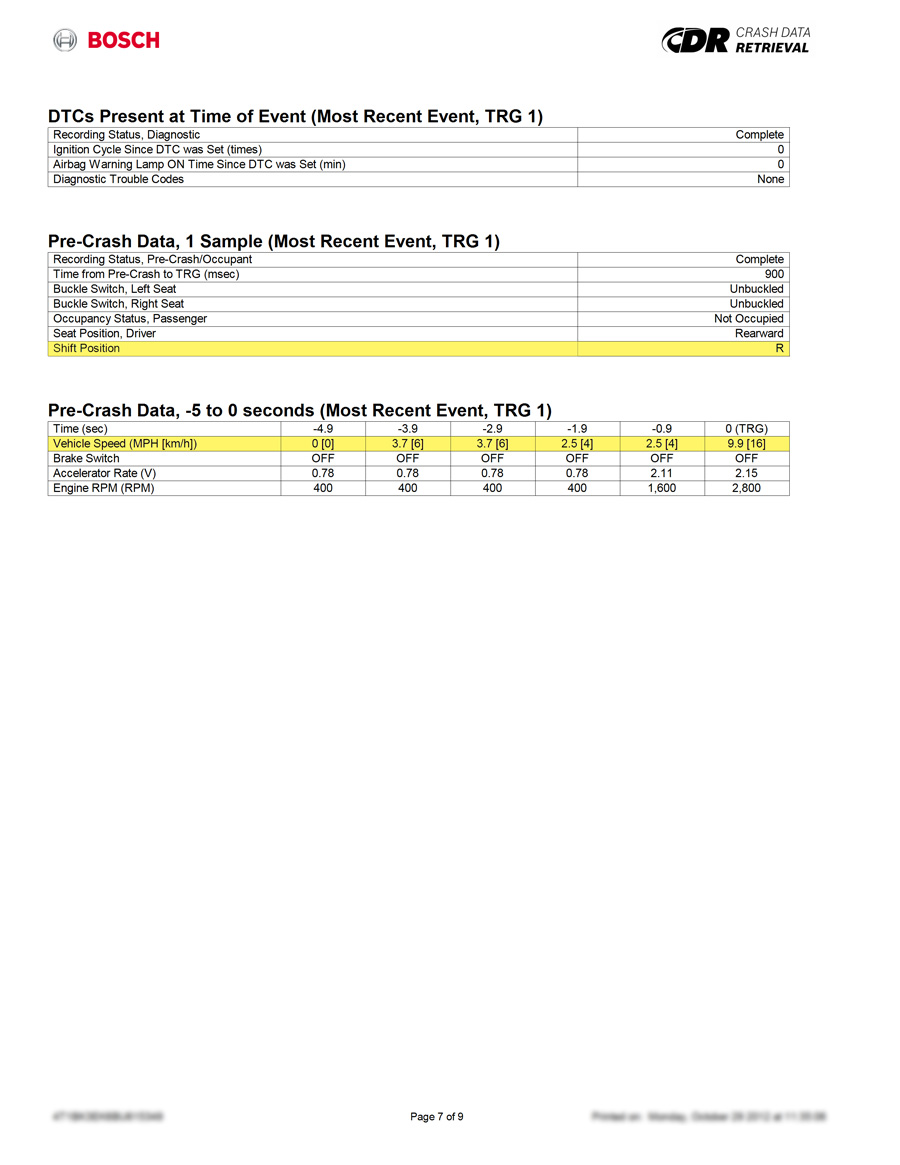