WHEN THE RUBBER LEAVES THE ROAD

Tire failure season is just about upon us. And if you've wondered why more tires seem to come apart -- causing lots of single-car accidents -- in the late spring and summer months, the answer is . . . HEAT!

Although tires are designed, engineered, and manufactured to withstand high operating temperatures, any underlying defect within the layers of the tire can dramatically weaken the tire's resistance to heat. In the higher operating temperatures of summer, especially here in the Southwest, defects within the tire become magnified, and accidents related to tire failure increase accordingly. 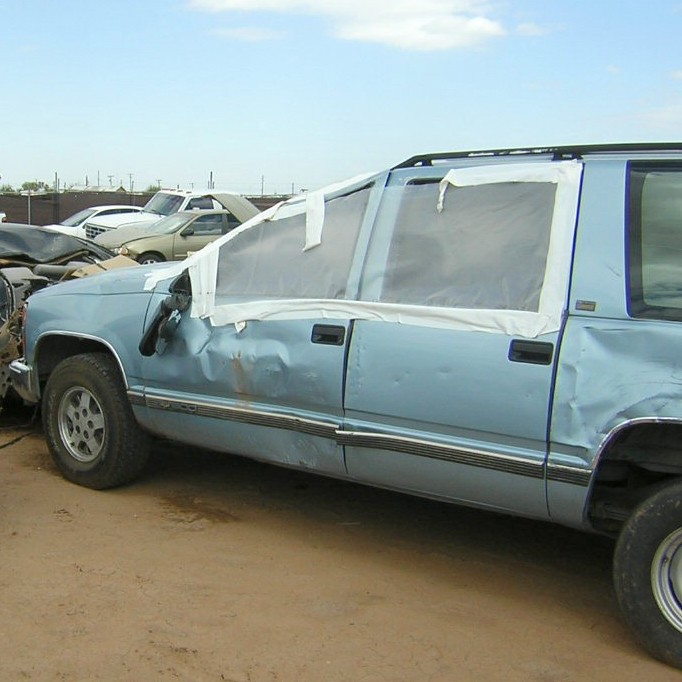 Case In Point: The driver of a 1992 Chevy Suburban lost control of his vehicle and went off the highway, rolling over several times. He survived, with serious injuries, and reported that his left rear tire blew out, causing the accident. We thoroughly examined the vehicle's braking, suspension, and steering system components and determined that all were functioning properly prior to the accident.

We examined all four tires and found evidence of possible progressive failure in the right rear tire. Most of the tread on the left rear tire had separated. In the exposed areas where the tread was gone we observed several areas where rubber-to-rubber polishing had been occurring over an extended time period. This polishing results from improper rubber-to-rubber adherence, and is a clear indication that the tire was not properly manufactured.

Proper rubber-to-rubber adherence requires precise timing and consistency at a critical stage in the manufacturing process. Because this was not done properly, the layers loosened, began rubbing together, and produced increasing amounts of heat, which degraded the bond between the tread and the underlying layers. Premature, catastrophic failure resulted without warning.